LOFT WITH GARDEN IN A FORMER FACTORY

At the gates of Paris, about ten minutes from the Bobigny-Pantin metro station, this loft is located on two levels totalling 197m² of living space (171,55m² carrez) in full ownership with its 340m² garden and its 41m² terrace.
On the ground floor, on the same level as the terrace, there is a large living room of more than 60m² exposed to the South with its open equipped kitchen, under 7,50m of height under the glass roof which gives it a beautiful luminosity.
Two bedrooms in second day of more than 11m ², a bathroom and a laundry complete the level.
On the first floor, overhanging and open on the lower volume, is a space that can be converted into a bedroom and a workshop space to be finalized.
The 340m² garden is protected from view and hosts an outbuilding that could be converted into an independent studio and a garden shed.
Resulting from the rehabilitation of a former factory, this loft has been carefully renovated while retaining its specific characteristics: Eiffel-type metal beams, zenithal glass roof, high ceilings.
Possibility to park 2 cars outside. 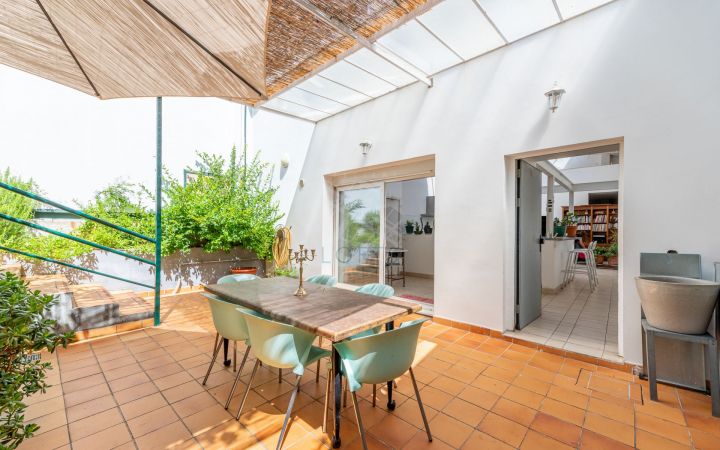 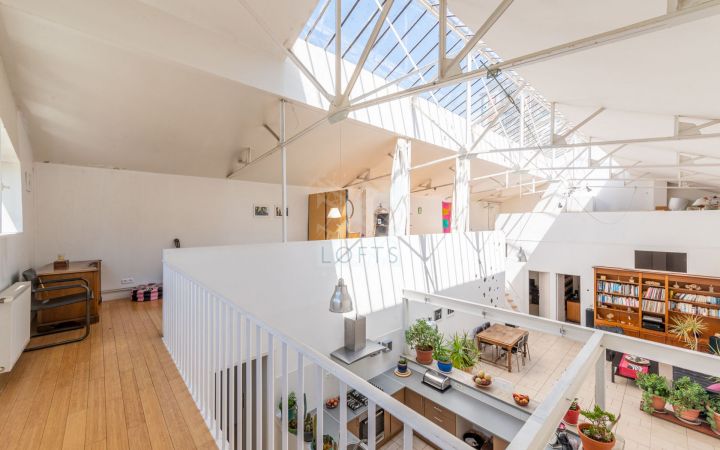 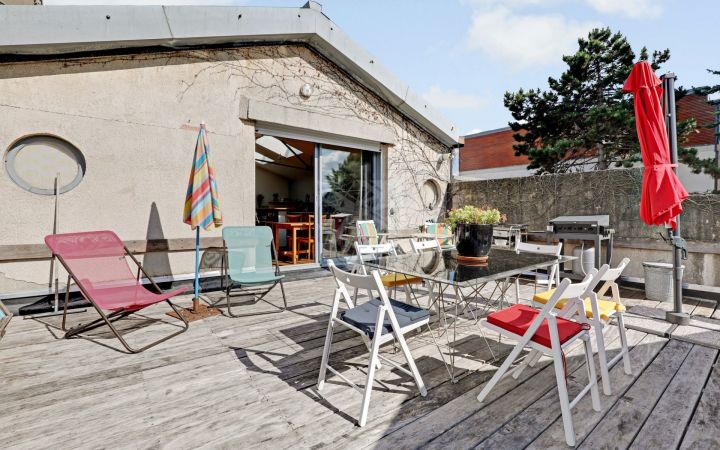 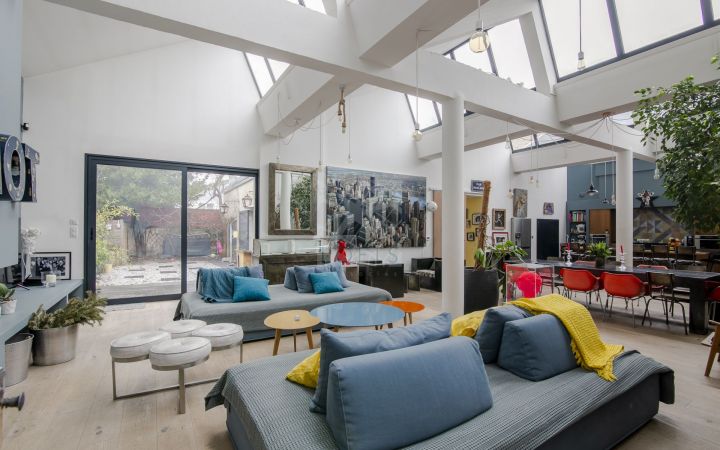 Loft house with terrace and garden 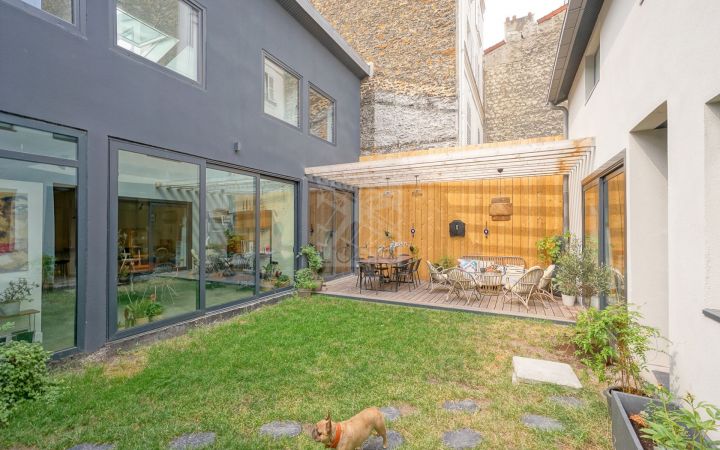 UNDER OFFER - Architect's triplex with garden and outbuilding