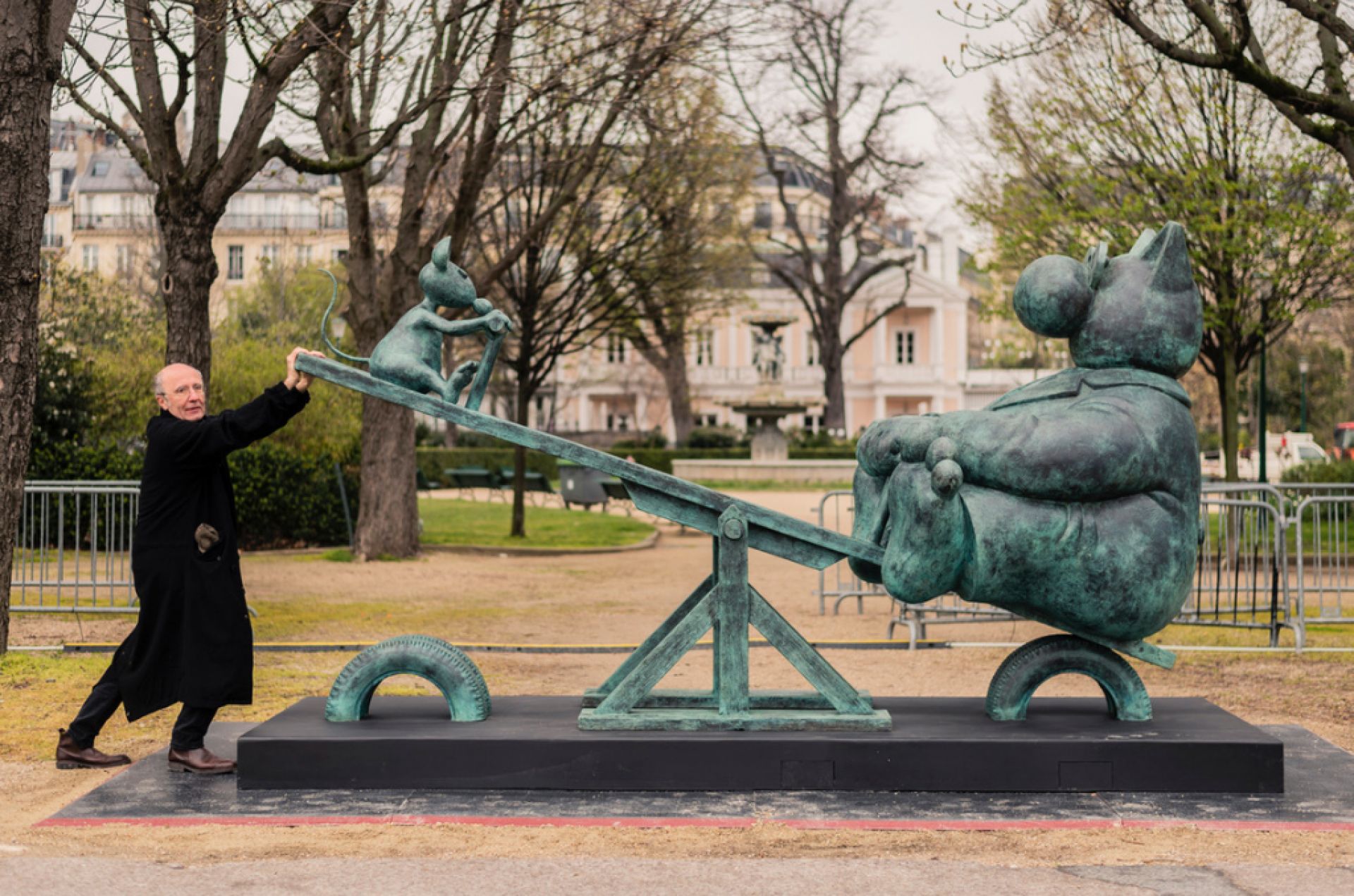 Geluck's Cat on the Champs-Elysées

Philippe Geluck has set up on the Champs-Elysées since March 26 with his open-air exhibition "Le Chat strolls". 20 monumental bronze cultures two meters high are visible between the Place de la Concorde and the Théâtre Marigny. The starting point of a tour that will take him to ten cities. A rare opportunity to see art during this time of confinement.

Before becoming a painter and sculptor, Geluck was a trained actor, he began his career on the boards and at the same time exhibited his drawings in Brussels, London, Paris or Milan. He is also a radio and TV columnist and host. Humor is the common point of all his professions. Today, he is mostly known from the success of the comic strip "Le Chat".

Through his sculptures, Geluck seeks to question us by approaching the subjects of society with lightness. A humorous, poetic and committed staging. It parodies famous works and characters such as Botero's dancer, the Greco-Roman sculpture Atlas or the martyr Saint-Sébastien. "I like the absurd, the surrealism. I sometimes like the stupidity too", explains Philippe Geluck.

From the sketch to the giant artwork, it took the artist about twenty steps to arrive at the final result. 100% local production, made in Belgium with the help of Belgian artists and craftsmen.

"Le Chat strolls" remains in Paris until June 9, come and enjoy the exhibition which turns the classics of sculpture away for a real breath of fresh air. Not to miss! 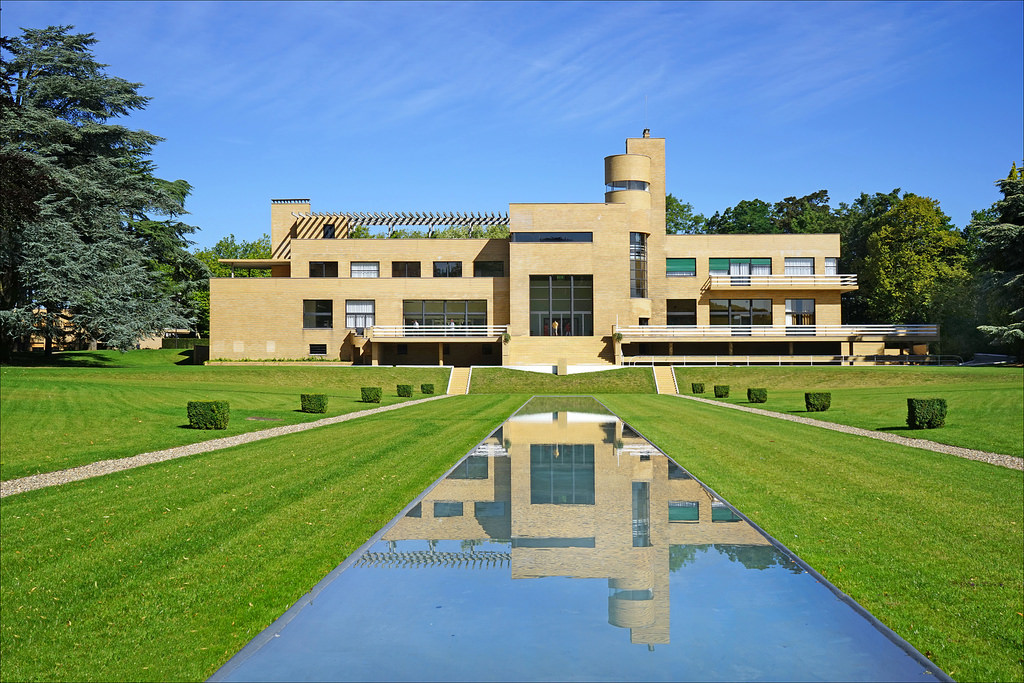 Posted on 17/06/21 Villa Cavrois, an architectural masterpiece
Today we're highlighting an exciting place full of history: La Villa Cavrois. We are looking forward to its reopening so that you can discover this unique place! History of a must-see modernist architecture of the 20th century: Designed between 1929 and 1932 by the architect Mallet-Stevens, the Villa Cavrois was created at the request of Paul Cavrois, a Roubaix textile industrialist who acquired land in Croix, on the outskirts of Roubaix. He wanted to build a villa to house his family. At first, he called on the architect Jacques Gréber, who specialised in urban design, who proposed a house in the "neo-regionalist" style. But this did not work out, as he preferred to entrust the project to the avant-garde architect Robert Mallet-Stevens, after having visited one of his creations, the rue Mallet-Stevens in the 16th arrondissement of Paris.Seduced by the prospect of the healthy, comfortable and modern living environment proposed by the architect, Paul and Lucie Cavrois gave him complete freedom to design their family home. The architect did not hesitate to make it an unusual home that would require three years of work. The Villa is remarkable with its 2400 m2 of living space, 6 m high ceilings, 1000 m2 of terraces on three floors. He selected noble materials such as marble or mahogany for a refined and modern decoration with furniture of optimal comfort. The Villa will be inaugurated on the occasion of the wedding of one of the couple's daughters, Geneviève. The history of the Villa Cavrois took a completely different turn during the Second World War, when the Cavrois family was forced to desert and the Germans turned it into a barracks on 28 May 1940. At the liberation, the French army requisitioned it. Despite the deterioration due to military use, the furniture was preserved. It was not until January 1947 that the Cavrois family returned to their home and decided to call on the architect Pierre Barbe for the interior design. The family stayed there until 1985, when Lucie Cavrois died. The furniture was dispersed and the villa was bought to build a housing estate. Despite being classified as a historical monument since 1990, the house is in a state of disrepair. In 1996, a support committee composed of thirty-three architects was created to raise public awareness. It was not until 2001 that the State bought the Villa Cavrois and the central part of the park, and seven years later renovation work began. It was decided to restore the villa identically to the 1932 plan. It was not until 2015 that the work was completed and the villa reopened to the public. We propose you a small video for an immersion in this historical place! Source photo :https://fr.wikipedia.org/wiki/Villa_Cavrois Video source: https://www.youtube.com/watch?v=Qw6lnOjbUrM
Real Estate Advice
Agency of Paris